There have been so many moments as a parent that I have to sit back and laugh at the irony of it all. While I’m steadily approaching middle age and somehow can’t ever remember where I put my car keys, I can still remember my teen years in vivid detail.

Those years of friendships, experiences, and trends are tightly woven together in my memory.

We were not much different from the teens of today.

For decades, each generation of teens has adopted their own language that seems to be indecipherable to the common outsider.

Not unlike remote tribal communities. Or an angry toddler.

I distinctly remember moms in our generation asking what in the world we were talking about. We giggled and rolled our eyes, lamenting the fact that our parents were, “like, so totally lame!” If our parents ever tried to speak our language, they would have been met with “gag me with a spoon”.

We would have told them they were being so “cheesy” when they asked why we said some cute boy was “all that and a bag of chips”. When they got frustrated or upset with us, we’d simply heave a sigh and mutter, “ok, don’t have a cow.”

We had our own language, unique to our generation.

My own daughters are now teens, and like each new generation, they have adopted a language of their own. Teens can certainly be difficult to understand and relate to. How do you effectively communicate with someone who will soon be receiving college acceptance letters while simultaneously appearing physically unable to put the toilet paper on the roll?

It seems like we are in a constant state of furrowed brow as we work hard to gain a little bit of insight into their ever-changing world. 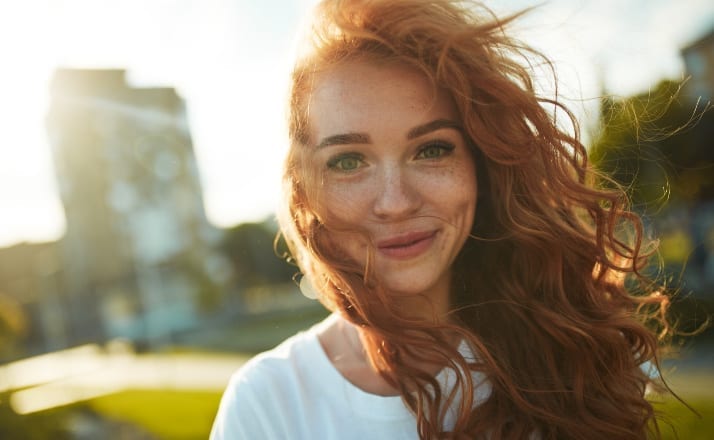 My teens were gracious enough to let me peek into their culture by sharing with me a few examples of the language they speak.

I don’t take the privilege lightly. It’s like sharing a secret code that is held tightly in their grip, only spoken within their circles.  As a fellow parent, I now pass this information on to you. If nothing more than to simply peel back one more layer when it comes to understanding our teenagers and how they function in their natural habitat

Here Are Five Slang Phrases You May Hear From Your Teen:

This is the phrase that baffles me beyond all reason, so it wins the top spot of our little list. What in the actual heck?!

I’ve heard it spoken out in the wild, and while it varies in dialect, it’s definitely a phrase used by many teen girls no matter what environment we find them in. I was watching my daughter’s volleyball game and someone hit the ball out of bounds.

A chorus of “And I oop! Sksksksksksk” came from the back of the bleachers, followed by giggles. It happened repeatedly.

One evening I was giving some teenage friends a ride home and someone dropped a water bottle on the floor of the back seat, and right on cue, “And I oop! Sksksksksk.” So basically, “and I oop” means something takes you by surprise or happens unexpectedly.

The origin of “sksksksksksk” is anybody’s guess, but from a little internet research and questioning of ACTUAL TEENS, it is the equivalent of laughing uncontrollably or the new “omg” as a quick response to anything. Now that we have that one out of the way…

If you have a teen, you’ve likely heard this and know by now they aren’t referring to a beverage. “Tea” is the new word for gossip.

You will likely hear this used most commonly in the phrase “Spill the tea, sis”, which means they’re asking their friend for the latest gossip.

It’s the equivalent to us asking for “the 4-1-1” back in our day. I would advise that you don’t attempt to engage in conversation with your teen as she walks in the front door after coming home from a social event by asking, “So what’s the tea?!”

This may result in eye-rolling of extreme proportions and her begging you to never utter that phrase again as long as you live. Ask me how I know.

I’m combining these two because they’re seemingly interchangeable for the most part. VSCO is an online editing app and has morphed from being a noun to an adjective. It’s used to describe popular styles uploaded to the app.

This includes girls (“VSCO Girls”) who wear oversized shirts and scrunchies, shell necklaces, Birkenstocks, and carry a Hydroflask water bottle covered in stickers. So pretty much the majority of girls you see walking around the halls of any given high school.

The image of a VSCO girl is equivalent to a casual lifestyle. And if someone is “basic”, it’s implied that they maintain this image as well.

Go ahead and remove any image of an actual ship from your mind. It’s not even close. “Ship” refers to a romantic relationship.

Someone may post a picture of a couple on social media and ask for approval by posing the question, “Do you ship it?” After doing a little research, apparently it began as a reference to fictional characters, but has now taken on real life relationSHIPs.

Took me forever to make the connection.

This one drums up a bit of a different meaning for those of us who were born in the previous century. But today, kids are saying something is “lit” when it’s really good. Again, as with all teen slang, I would not recommend inserting this one into your own adult conversations. Stating “My new adjusted lower mortgage rate is so lit!” would not be advised.

Remember, the language of teens is fleeting.

In fact, I suggested the terms “cringy” and “Bye, Felicia” and was informed that “those are so last year”. This very list is likely to be outdated by the time this post is actually published. But for now, use this as a stepping stone to help navigate the language of your teenager

While they may be annoyed at my prodding and questioning, I hope that my teens secretly appreciate my interest in their world and the things that matter to them.

We don’t have to actually speak their language (as previously mentioned, it is recommended that you don’t even try) to show that we value them and who they are. Teens want to be heard and understood, just like the rest of us.

The teen years are shaping up to be one of my most favorite stages of parenting. They are quickly becoming miniature versions of their future adult selves, and they’re going to be such amazing, fun people!

That is, of course, once they figure out how to stop leaving the cap off the toothpaste and smoothie cups sitting in their bedroom for over a month. Ugh. Gag me with a spoon!